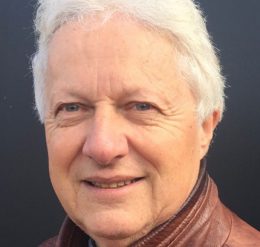 I helped pay my university bar bills by writing a column for the local paper. Since then I’ve written articles for various journals, newspapers and websites – but soon discovered that writing doesn’t pay for anything more than the occasional bar bill. After giving up on an academic career, and deciding not to join the government spy agency, GCHQ, in Cheltenham, I helped a former Director General of Defence Intelligence and a motley collection of ex-spooks set up a political intelligence unit in the City of London. Out of that experience sprang the character of Thomas Dylan, a novice who over the years progresses through the labyrinthine world of British Intelligence and has adventures all over the world.

As if subconsciously preparing for the Dylan series I lived in the North and South America and worked in Lebanon, Syria, Central America, South Africa and points in between. I made what my friends considered a bewildering range of career choices including insurance, family planning, retail, manufacturing, management consultancy and publishing. I have probably been inside more prisons than any other thriller writer in my three years as a director of HM Prison Service.

As a director of Waterstone’s and later Penguin my passion for writing was rekindled. My first published book was largely written while commuting to work. Empires Apart, published in the UK, US and India, is a history of the Russian and American Empires. My next book was going to be entitled Trump, Putin and the Lessons of History but the subject was so depressing that I turned to fiction.

Before that I helped set up the Financial Ombudsman Service, served on the boards of Amnesty UK and the Royal Armouries and was Chairman of Companies House. Along the way I picked up an MBA from London Business School and in 2018 was awarded an OBE in the Queen’s Birthday Honours.